The purpose of our story is to understand the roots of our subconscious programming regarding gender, race, class, religion, and nationality. These are the qualities by which we identify ourselves and construct our lives. And yet, our sentimental attachments to these constructs do not allow us to think for the welfare of our species. We cannot fathom how to think or act for the benefit of the whole of humanity even though our crisis is now global in scope. Because the survival of the entire human race and the life support systems of the planet are at stake, it now becomes vital to understand what constitutes our fundamental humanity independent of such descriptors. Regardless of our gender, race, class, nation or religious divisions, we need to know what we share in common as human beings and where we stand now in our evolutionary march toward human perfection.

The Untold Story of Western Civilization, Vol. 1: Prehistory: The Age of the Mothers

In Volume I of The Untold Story of Western Civilization, we began our journey with a look at the age of the matriarchy during which time, the clan mothers led us out of animality and played the primary role in defining early human society.

The Untold Story of Western Civilization, Vol. 2: The Age of Warrior Kings

In Volume II of our history, we looked at the period that historians call Ancient History in which. Warrior Kings established city-state empires out of which arose the the western religions of Zoroastrianism, Judaism and Christianity.

The Untold Story of Western Civilization, Vol. 3: The Age of Intellectual Priests

In Volume III, we move out of the Middle East into Europe during the time historians call the Middle Ages when the Intellectual Priests ruled European society. It discusses the lifestyles of the Celtic, Germanic, and Slavic tribes of Europe and looks at the process by which the Church came to dominate their lives.

The Untold Story of Western Civilization: Vol. 4: The Age of Merchant Capitalists

In Volume IV we discuss the fall of the Church and the ascent to power of the merchant-capitalist class during the Enlightenment period. The volume explores the capitalists’ economic colonization of the world and looks at the rise of the United States of America from its revolution to the end of World War II.

In Volume V we examine the expansion of the United States into the global empire of a capitalist-dominated world. We take a close look at the financial mechanisms the US capitalists invented to do this and their use of the warrior and intellectual elites to impose their strategy of world dominance. We look at the impact their behavior has had on the people of the US and the world. 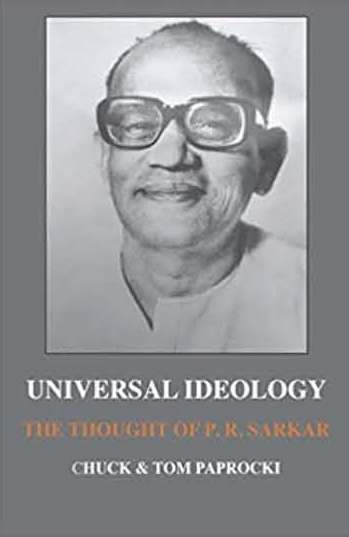 This book on Universal Ideology is the second in a trilogy on History, Ideology and Revolution.

The first book, in 5 volumes, traces the history of Western Civilization from the period of prehistory when the matriarchy ushered us out of animality by creating the first social structures of the clan and tribe, up to the present day when a global capitalist empire under the domination of the United States threatens human existence itself and the very life support systems of the planet.

As we trace our history, we observe the origin of the divisive sentiments of gender bias, racism, class exploitation, religious dogmatism, national chauvinism, and environmental destruction that continue to rule our thinking today. As such, the religious dogmas and political ideologies that control our thinking today are too divisive and limited in scope to overcome the debilitating environmental and social problems that confront us as a human society.

Today the world is in a tormented and feverish state. People across the globe are literally sick to death without the cure they need to become well. Yes, we are talking about the corona virus but upon deeper reflection it is only a symptom of the deeper problems that confront us as a species.

In this book on Universal Ideology, we explore the makings of a comprehensive value-system that addresses our common human predicament. Its purpose is nothing less than to provide human beings, irrespective of current divisions, to unite under a common banner and move in unison to our highest perfection. In this universal ideology, we explore, not just the human psyche and social psychology, but the nature of Consciousness itself. The book proposes that the historic quest of human beings for wealth and power that has divided us across the planet is nothing but a mental distortion of our uniquely human urge to realize unlimited happiness. This overwhelming urge that never leaves us is actually a calling from our deepest self, our soul, that can only be satisfied by the possession of an Infinite Entity. As such, no matter how hard we mistakenly try to satisfy this urge through the possession of finite objects, the more elusive the solution to our anguish, sense of
isolation and feeling of emptiness.

Universal Ideology is an exposition of the ideas of a man who was both a yogic master and social revolutionary. His ideology builds bridges between humanity’s best scientific and mystical ideas in the realms of history, psychology, spirituality, politics and economics and provides human society with a common means to achieve our highest stance as human beings. P.R. Sarkar’s original thought will awe you and enlighten you. It will give you hope for the future that you have not felt in a very long time.