In this session, Anju Sakthivel and Ranjan Dev will share the methodology adopted to address various ailments and also the way yoga therapy is used in the current crisis of Covid-19. The session will be moderated by Sakthivel Vardhan. 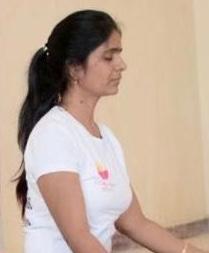 Anju Sakthivel has been a yoga therapist for over 20 years and is the Director and co-founder of Cosmic Yoga Studios. She is trained in yoga from 4 years of age under the Gurukul system and also professionally certified by Swami Vivekananda Yoga Anusandhana Samsthana (Deemed University), Bangalore. She has reached-out to approximately 100,000 people through various yoga awareness programmes and camps, also offered need-based training/workshops to around 300 individuals on weight loss, mental health, diabetes, nervous disorder, pregnancy, women’s health, with positive results. She also has trained students and doctors from various parts of India, including foreigners, to learn yoga. Also, she is guiding many students engaged in research in yoga and supports them in gaining scientific knowledge in this domain and facilitates learning best practices and approaches.

She was featured on the many leading newspapers and magazines in Tamil Nadu and north India for conducting yoga programmes for a large population during the International Day of Yoga i.e. 21 June, every year since 2016. She has been awarded by Vellore District Administration for four consecutive years since 2016, recognising her contribution towards dissemination of yoga benefits and creating awareness on wellness among all ages. She also received “Best Yoga Teacher” award from Tamil Nadu Sports Yogasana Association in 2019. 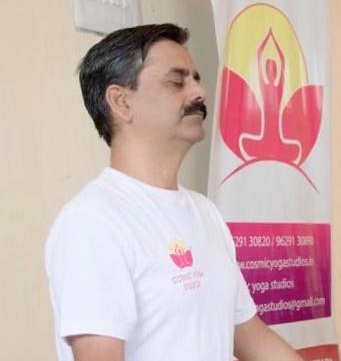 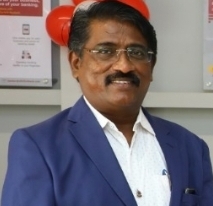 Sakthivel Vardhan is the chief counselor of Cosmic Yoga Studios.   Since 1990 he has been managing businesses involving human management.  He has been developing new analysis methodologies and techniques, championing simulation driven product design and problem solving, innovation and continuous improvement methodologies.