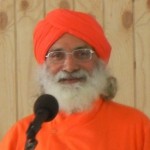 Ácharya Shambhúshivánanda Avadhuta (Dadaji) is  the Chancellor of Ánanda Márga Gurukula. Dadaji has been a yogic monk and teacher of meditation since 1979. Prior to his life as a monk, he was a gold medallist of Punjab University, and received Masters and PhD in Business and Applied Economics from the Wharton School, School of Arts and Sciences of the University of Pennsylvania. He has served on the faculties of several universities (University of Scranton, Rutgers, Drexel, PCTS (Philadelphia University), etc, in the Eastern United States before dedicating his life for the cause of building “One Human Society” based on spiritual lifestyle. In 1992, Dadaji was the honourable recipient of the International Mahatma Gandhi Award for his contribution towards building a global community based on ecological ethics and spiritual values. The Indian Research Association also awarded him the Karyalaya Shiromani Award the same year.

Since 1990 Dadaji has been the Chancellor of Ánanda Márga Gurukula  (AMGK).  Dadaji works to develop and coordinate all of the activities of the Gurukula international network, and has contributed greatly to the development of the Neohumanist Education system around the world.  Dadaji is also the founding director of CNS-Sweden, NERI (Netherlands), Gurukul Teachers Training College (TTC) at Anandanagar, and NERI (Thailand). 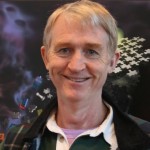 Dr Marcus Bussey is a writer, historian and futurist working in research and teaching at the University of the Sunshine Coast (USC), Queensland, Australia. Marcus is based in the Sustainability Research Centre and his research interests include Neohumanist philosophy, cultural transformation, civilisational futures and practice, transformational social pedagogy and intercultural social foresight. He recently was awarded a Taiwan Fellowship for 2014. Marcus runs workshops both nationally and internationally on personal and social change. In addition he is a classical guitarist and recently published his first book of poetry Clare and Francis: Conversations of Divine Love. Marcus’ website is www.futuresevocative.com 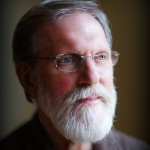 Dr. Sid Jordan (Acarya Vishvamitra) has combined a career as a licensed clinical psychologist and meditation teacher since 1971.  As a clinical psychologist, he taught individual, group and family psychotherapy, meditation, yoga and community psychology in the Department of Psychiatry at the Medical University of S. C. for 25 years.  During this period he also served for five years as director of the Mental Health, Alcohol and Drug Services at the Franklin C. Fetter  Neighborhood Health Care Center in Charleston S. C.

In 1994 he moved to Asheville NC to develop an eco-village to support the service community of Ananda Girisuta (Daughter of the Mountain) on the French Broad River near Marshall, NC.  In 1997 he trained to be an Ananda Marga Family Acarya (Yoga Teacher) in India committed to giving personal instructions in meditation and yoga.  He currently serves as president of the Ananda Marga Gurukula Inc. Board in the US, supporting Neohumanist (NH) education k-colleges worldwide and as a member of the NH College Board. He is Director of the Prama Institute on the Ananda Girisuta property where he helps direct programing and teaches yoga psychology and spiritual practices.  At the Prama Wellness Center he teaches yoga therapy and stress management to individuals and groups.   He continues to offer his 40 years of experience and teaching of yoga psychology, philosophy and practices to audiences worldwide. 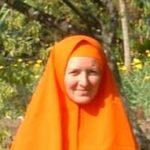 Didi Anandarama has been a yogic nun of Ananda Marga since 1976. She has taught meditation and related practices in North and Central America, in South East Asia, Europe and the Mediterranean Region. Along with teaching personal development practices,  she also initiated various school and educational projects in several countries. Since 2000 she has been working as one of the  global coordinators for NHE.   She has  worked on many  publications including  Neohumanist Education Documentary,  Foundations of Neohumanist Education and I Love Yoga. 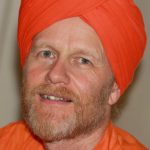 Acarya Shankar’san Ananda Avadhuta has been a yoga and meditation teacher since 1997 and a yogic monk of Ananda Marga since 2001.

He became Ananda Marga’s regional secretary for Singapore and Malaysia and in-charge of Ananda Marga Yoga Society of Singapore in 2001.

In 2007 he founded the Ánanda Márga Yoga Academy (Singapore) and is today it’s principal and among the schools directors and lecturers.

From 2008 – 2012 he organized global yoga educators conferences in Sweden and various Asian countries and is currently conducting advanced yoga training programs all over Asia. 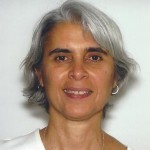